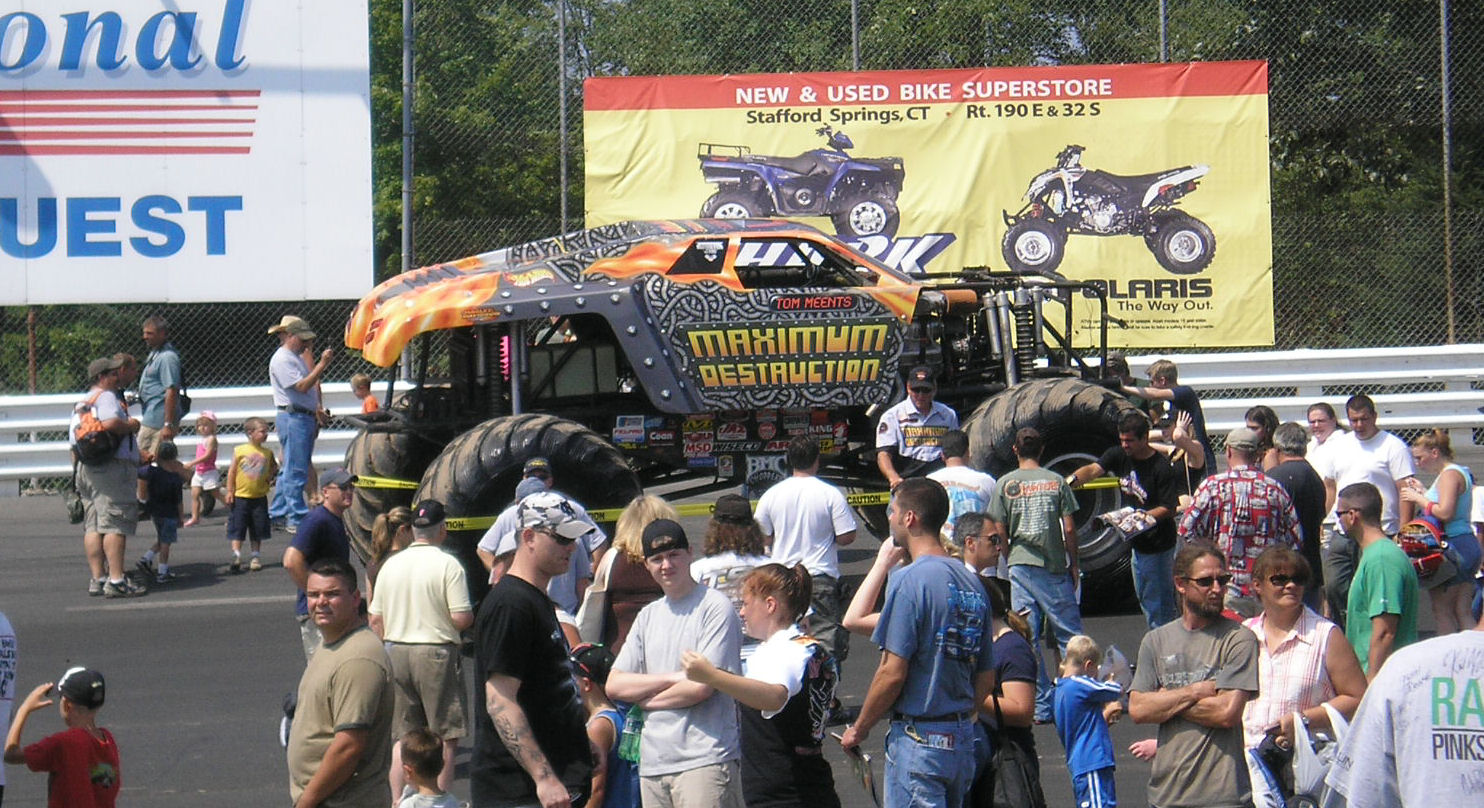 Maximum Destruction (often referred to as Max. D.) is a currently racing in the series. It is currently driven by . has won 7 world championships at the . As one of the most successful of the trucks it currently rivals Grave Digger in popularity. The truck was formerly known as Team Meents, and debuted as Goldberg.

In , (now ) signed a contract with to create monster trucks based on popular professional wrestlers. In order to ensure the success of the truck of , Clear Channel contracted the team of Tom Meents (who was already wildly popular from driving Monster Patrol and Bulldozer) to build and campaign the "Goldberg" truck. Meents debuted in the truck in January at the , where he won racing and finished third in freestyle. As the year progressed, and as struggled in Grave Digger, Meents became almost unstoppable and capped the year by winning the Racing Championship. The following year saw a continuation of the dominance, and Meents won the world racing and freestyle championship.In late , WCW was bought out by the World Wrestling Federation and the deal with Clear Channel was dropped. For , Meents kept the same truck and body but renamed the truck Team Meents, even retaining much of Goldberg's color scheme and graphics. Once again, Meents swept both the racing and freestyle in the World Finals.

saw the truck change both name and image to become Maximum Destruction, a name which Meents had intended to run the year before until the delayed those plans out of respect. The truck has remained significantly popular, and is often introduced with equal billing as Grave Digger. There are currently two Maximum Destruction trucks touring.

is also known for being the first person to do a complete 360 Degree backflip in a monster truck. The location of the backflip was in the , tour in 2007.

Since the truck debuted as Goldberg, the Willman-style chassis and Fox coil-overs with Knight Stalker shocks shocks have led to several bouncy and wild rides. Meents later replaced the Fox shocks with Knight Stalkers with coilovers wrapped around it. However, the truck is famous for its ability to make large jumps and take several hits during freestyle runs and not suffer significant damage. The truck is also known for its numerous crashes, often simply as a result of Meents' full throttle driving. Meents' driving style is emulated by the current driver of the second truck, Neil Elliot, and other former drivers, such as Phil Foster and Rob Knell, are said to have graduated from the "Tom Meents School of Monster Truck Driving".

Maximum Destruction is one of few trucks in the monster truck industry to have a front-centered engine in his truck.