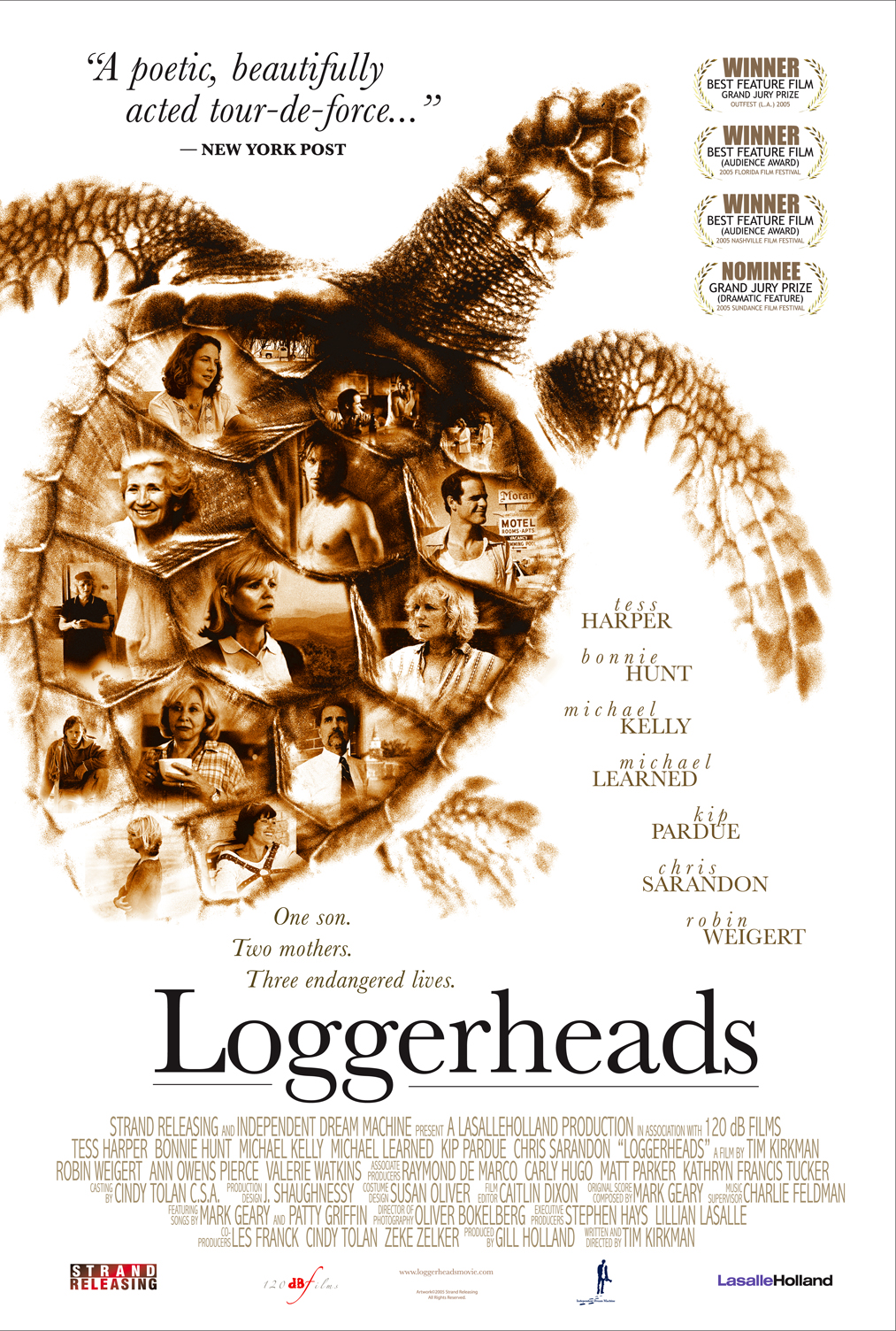 
"Loggerheads" is an written and directed by , produced by and released in the United States by in October 2005. After its debut at the 2005 , where it was nominated for the Grand Jury Prize, "Loggerheads" screened at festivals throughout the U.S. and abroad. The film won the Audience Award at both the and the , and took the top prize at , the Los Angeles Gay and Lesbian Film Festival.

Inspired by true events, "Loggerheads" tells the story of an "triad"&mdash;birth mother, child, and adoptive parents&mdash;each in three interwoven stories in the days leading up to Mother’s Day weekend, and each in one of the three distinctive geographical regions of —mountains, Piedmont and coastal plain.

In Asheville, Grace (), an airport car-rental agent living with her mother (), quits her job and embarks on a long-delayed quest: facing the legal barriers that keep her from finding the son she gave up for adoption when she was a teenager. Across the state in Kure Beach, Mark (), a young man obsessed with saving loggerhead s, meets George (Michael Kelly), a friendly motel owner with some secrets of his own, who offers him a place to stay. In the center of the state is the small town of Eden, where a minister's wife () struggles to confront her conservative husband () over their estrangement from their son.

"Loggerheads" was filmed on location primarily in in May, 2004.