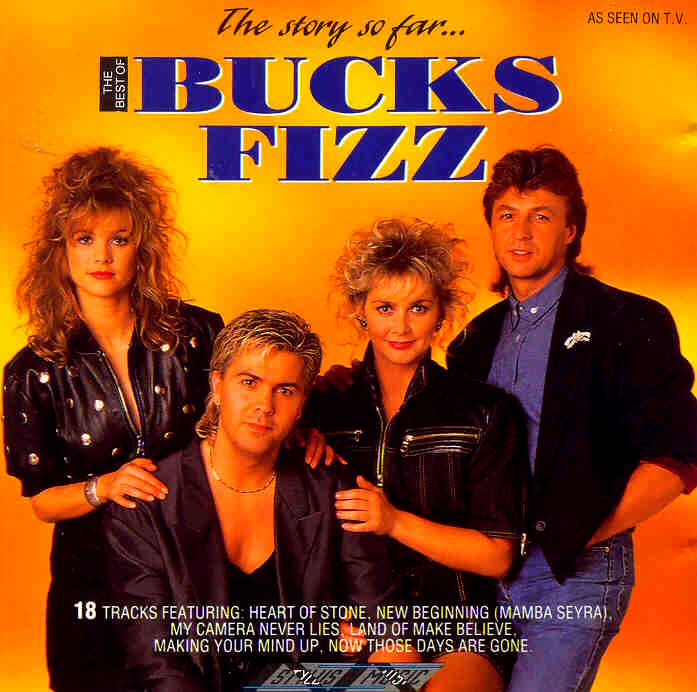 "The Story So Far" is a released by pop group, Bucks Fizz. [ [http://www.raffem.com/BucksFizz85till2003.htm#1988ny Raffem.com - "The Story so Far" release details] ] The album was released in November 1988 on the Stylus record label - which had licenced the tracks from Bucks Fizz's record companies, and . At the time, the group had just released their final single, "Heart of Stone" - which became their 20th hit and was the only new song featured on this collection. [ [http://www.chartstats.com/songinfo.php?id=15877 Chartstats.com - "Heart of Stone" single] ] [ [http://www.ianbairnson.com/discography/bucksfizzheartofstone/bucksfizzheartofstone.htm Guitarist Ian Bairnson site with song clip] ]

Other tracks were the bulk of the group's hit singles and two album tracks. One notable omission however was "When We Were Young" - one of the group's biggest hits. This was most likely due to the fact that lead singer of the track, was no longer with the band. Another single, "You Love Love" from this album was released in 1989, but this was an old song from 1983 album, "". [ [http://www.raffem.com/BucksFizzRecords.htm#1988 Raffem.com - "You Love Love" single] ] The album failed to chart despite TV advertising.