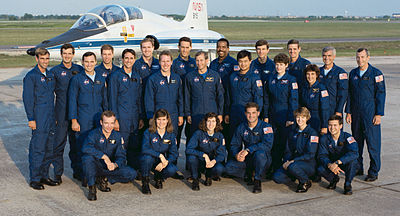 NASA's Astronaut Group 13 (the Hairballs) was announced by NASA on 17 January 1990. The group name came from its selection of a black cat as a mascot, to play against the traditional unlucky connotations of the number 13.[1]