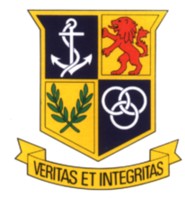 Fairbairn College is a public, high school in the suburb of in , , .

The Goodwood/Vasco English-medium High School was founded on 1976 with the appointment of Mr CE de Wet as Headmaster. The deputy principal and secretary were temporarily accommodated in the board room of the Parow School Board until completion of the administrative section of the College in January 1977.

The Opening Assembly was held on 1977 with a staff of nineteen teachers and 356 pupils. In the first year, Fairbairn catered for Standards 6, 7 and 8 pupils. The majority of Standards 7 and 8 pupils were enrolled from the nearby JG Meiring High School.

Fairbairn was officially inaugurated a year later, on 1978, by Dr PS Meyer, Director of Education of the .

At the first meeting on 1977, the School Committee unanimously decided to name the school Fairbairn College. [School Committee minutes.] However, the School Board and Cape Education Department over-ruled their decision, approving instead the name Fairbairn High School. The School was named after John Fairbairn who was invited to the Cape by to start a school for the children of the . [Botha H.C., "John Fairbairn in South Africa", 336pp., hardback, d.w., No. 5, Cape Town, 1984.] After Fairbairn was declared a Model C state-aided school, the Governing Body, on 1992, unanimously resolved to use its new powers to change the name to Fairbairn College. [Governing Body minutes.] The Cape Education Department was informed of this decision and the name was changed in the official records on 1993.

The fields, Aurora, Chapman, Nautilus, Osborn and Weymouth, were named for five of the Government Settler Scheme ships that brought the to the Cape. [ [http://www.1820settlers.com/modules.php?op=modload&name=Genealogy&file=browseships 1820 Settlers] ]

Fairbairn operates a comprehensive or interhouse competition. To this end, the school is divided into three houses.

The houses to which learners are allocated are Grey (White), Somerset (Blue) and Napier (Red). The houses are named after , and Sir , British governors of the Cape Colony in the 1800s.

The highlight of the year is the Interhouse Athletics Competition comprising events. This together with the Swimming Gala is held in the first term.

In addition to competitions in all the major sports, an interhouse quiz, in which every learner participates, is held in the third term.

In 1977, shortly after the foundation of the school, a mixed choir was founded which quickly became, and remains, the cultural showpiece of Fairbairn. In its early years, the choir performed radio broadcasts as well as performing for the Goodwood community, in churches, eisteddfods and pageants.

As early as 1979 the College Choir made its first recording. This was either a tape or a long playing record. In 2004, the choir, accompanied by the school organ and orchestra, recorded a CD.

It has become tradition for the choir to perform The Hallelujah Chorus at the Founders’ Day service in February each year. It has also become custom for Past Pupils who were choir members to join the choir on Founders’ Day.

The Servant Song by Richard Gilliard has been sung by the choir at funerals of educators and learners.

The choir’s premier performance is on the first and second day of the fourth term at Prize Giving. On the third day it has to perform at the Valedictory Service without the matrics. The result is that, at that time of the year, the Choir Director is in effect running two choirs. The singing of Fill the World with Love from the film Goodbye Mr Chips is guaranteed to bring a tear to many an eye. As the matrics leave the CE de Wet Hall for the last time, the Choir leads the congregation in singing [http://www.cyberhymnal.org/htm/g/b/gbewiyou.htm God Be With You Till We Meet Again.]

A Service, of one hour duration, is held in the CE de Wet Hall on the second last day of the academic year. The choir files into the darkened hall bearing candles and singing . [ [http://www.cyberhymnal.org/htm/o/l/olittle.htm O Little Town of Bethlehem] ] The programme is interspersed with readings, , congregational singing and choir and solo performances. The performance of O Holy Night is always memorable.

In June 1980, Mrs Bruwer, Head of Music, was in , with her family. Mr de Wet, the founder Headmaster, asked her to try to find a school song for Fairbairn while she was in England.

The College song was sung for the first time in March 1981.

The 30th anniversary of the founding of Fairbairn College was celebrated during 2007. The highlight of the celebrations was the Founders’ Day assembly on Friday, . Mr Cameron Dugmore, Minister of Education, was the guest speaker.

On Saturday, , a formal dinner was held in the CE de Wet Hall for staff, governing body members, principals of surrounding schools, education officials and friends of the school. Mr Barry Volschenk, Director of EMDC Metropole North, was the guest speaker. The guests were also treated to a presentation on the history of the school.

A special lapel badge, seen alongside, was presented to every learner and educator to be worn during the anniversary year.

* matriculated in 1998. Whilst at school, he excelled at both rugby and . His leadership potential was recognised with his appointment as a College . Because of his Dutch ancestry, he plays cricket for the . He represented The Netherlands at the in 2007.
*Karen van der Westhuizen (1998) has excelled at the sport of squash. In 2007 she was the women’s champion in the Western Province Squash Closed Championships. She has represented at the World Tournament and the Women's World Team Championship. [ [http://www.squashinfo.com/news-1427 Squash info, the definitive squash resource] ]
*Ryan Canning (Deputy 2001) is a talented . As a schoolboy, he represented Western Province from under 13. He currently plays for the . [ [http://content-rsa.cricinfo.com/southafrica/content/player/44666.html Cricinfo] ]
* (2003) is the for club . [ [http://www.ajaxct.com/index.php?option=content&task=view&id=44 Ajax Cape Town official club site] ]