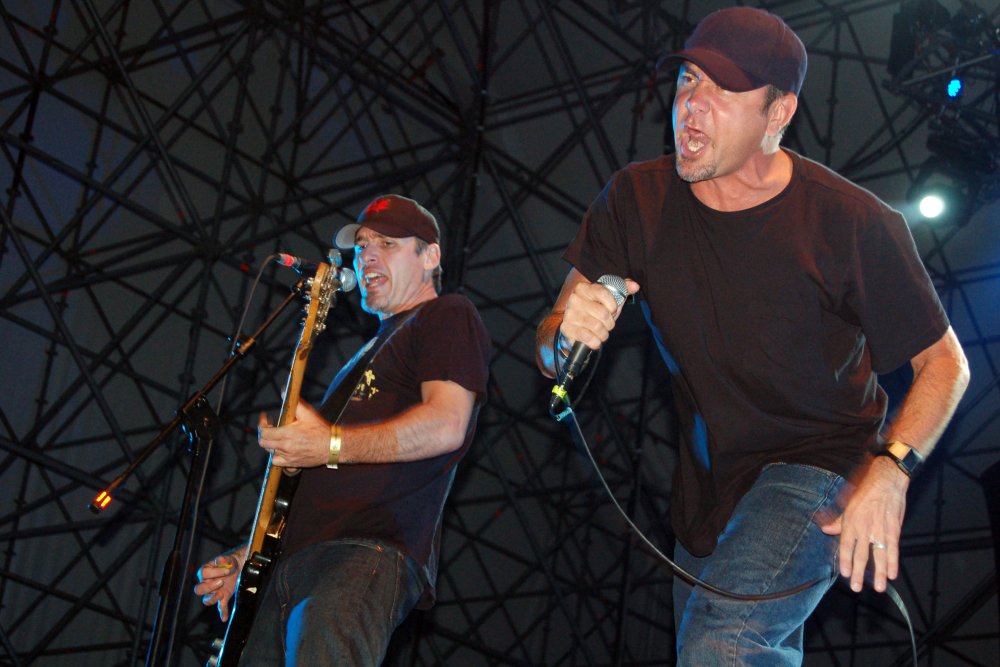 Pennywise is an American band that was formed in 1988, and is named after the monster from the critically acclaimed novel, "It".

Since their 1991 self-titled debut, Pennywise had released an album every two years on , a label owned by guitarist . To date, Pennywise have released nine full-length s, one , two EPs and one . Their most recent studio album is 2008's "Reason to Believe", which was released for free through a partnership between and , a mobile music distributor. In addition the album would be for sale in stores through MySpace Records in the United States and Epitaph in Europe.

Pennywise has had their current line-up, consisting of (vocals), (guitars), (bass) and (drums), since 1996. They kept their original line-up until original bassist committed suicide in 1996, after which Bradbury joined as his replacement.

Pennywise were formed in 1988 in Hermosa Beach, , by singer , guitarist , drummer and bassist . To date, this line-up is considered a classic. They released two EPs "" and "Wildcard" (both 1989). Each of the band members had played in other bands in the Hermosa Beach area and attended the same high school.

The group signed to in 1990 and released their first album "Pennywise" (1991). The album quickly spread throughout the punk community, earning the band some nation-wide recognition. Lyrics in the album endorsed a positive mental attitude, helping promote progressive ideals for . Lindberg left the band soon after the debut record. Bass player joined the lineup as Thirsk took over lead vocal duties. In 1992, lead singer Dave Quackenbush took over on vocals for a brief stint. Bradbury left the band and Thirsk returned to bass.

Lindberg got married and returned to the group in 1992 in time for their second album "" (1993), an underground hit that established the band as a force in punk music. By 1995, punk bands and Rancid hit the mainstream and Pennywise refused invitations to join several major labels. "About Time" (1995) was another indie hit.

In 1996, Pennywise began recording their fourth album. Thirsk left the band in an attempt to conquer alcoholism. He was successful but relapsed and died from a self-inflicted gunshot wound to the chest on , .

"Home Movies", the band's only video, was re-released on for the first time in 2004. The video was originally released in 1995 and had been out of print since 1997. More footage of Pennywise can be seen on 45 Revolutions: A Slice of XVI St. Life, XVI St. being the place where Jason and Fletcher hung out in Hermosa Beach.

The band's eighth album, "", was released in on and in on , . The band's Australian tour was cancelled leading to breakup rumors, which Lindberg denied. Also that year, digitally-remastered versions of the first four studio albums were released.

Pennywise recently recorded a cover of 's "My Life" for the band's tribute album "".

The band returned to the studio in 2007 to begin work on their ninth album, "Reason to Believe", which was released on , . In addition the album would be for sale in stores through MySpace Records in the United States and Epitaph in Europe. [ [http://www.punknews.org/article/27787 Punknews.org | Pennywise: "Something to Live For" ] ]

Pennywise has had numerous line-up changes, and are the only two constant members.