Civil liberties in the United Kingdom

Civil liberties in the United Kingdom

Civil liberties in the United Kingdom have a long and formative history. This is usually considered to have begun with the English legal charter the Magna Carta of 1215, following its predecessor the English Charter of Liberties, a landmark document in English legal history. Judicial development of civil liberties in the English common law peaked in 17th and 18th centuries, while two revolutions secured Parliamentary sovereignty over the King and judges. During the 19th century, working class people struggled to win the right to vote and join trade unions. Parliament responded and judicial attitudes to universal suffrage and liberties altered with the onset of the first and second world wars. Since then, the United Kingdom's relationship to civil liberties has been mediated through its membership of the European Convention on Human Rights. The United Kingdom, through Sir David Maxwell-Fyfe led the drafting of the Convention, which expresses a traditional civil libertarian theory.[1] It became directly applicable in UK law with the enactment of the Human Rights Act 1998.

The relationship between human rights and civil liberties is often seen as two sides of the same coin. A right is something you may demand of someone, while a liberty is freedom from interference by another in your presumed rights. However, human rights are broader. In the numerous documents around the world, they involve more substantive moral assertions on what is necessary, for instance, for "life, liberty and the pursuit of happiness", "to develop one's personality to the fullest potential" or "protect inviolable dignity". "Civil liberties" are certainly that, but they are distinctly civil, and relate to participation in public life. As Professor Conor Gearty writes,

"civil liberties is another name for the political freedoms that we must have available to us all if it to be true to say of us that we live in a society that adheres to the principle of representative, or democratic, government."[2]

In other words, civil liberties are the "rights" or "freedoms" which underpin democracy. This usually means the right to vote, the right to life, the prohibition on torture, security of the person, the right to personal liberty and due process of law, freedom of expression and freedom of association.[3]

The Bill of Rights 1689 secured the sovereignty of Parliament over the King and courts, laying the foundations of representative democracy. 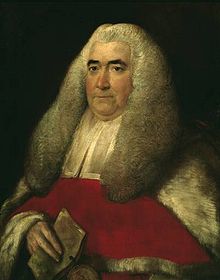 Sir William Blackstone was the archetypal figure of the British Enlightenment, an legal scholar who in his Commentaries professed the liberty of citizens deriving from the Magna Carta and the common law. 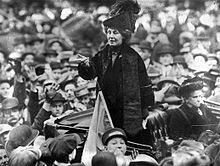 After selling her home, English activist Emmeline Pankhurst travelled constantly, giving speeches throughout Britain and the United States. One of her most famous speeches, Freedom or death, was delivered in Connecticut in 1913.

As well as being instrumental in drafting it, the United Kingdom signed up to the European Convention on Human Rights under Clement Attlee and Ernest Bevin in 1950.

"We will do our best to see that our decisions are in conformity with it. But it is drawn in such vague terms that it can be used for all sorts of unreasonable claims and provoke all sorts of litigation. As so often happens with high-sounding principles, they have to be brought down to earth. They have to be applied in a work-a-day world."

As a result of this case the Contempt of Court Act (1981) was passed, making changes to the law of contempt of court. 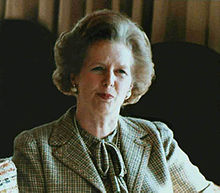 Margaret Thatcher oversaw a gradual tightening of security legislation to crack down on industrial protests and the Provisional IRA. 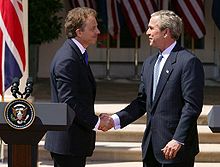 Tony Blair and then-U.S. President George W. Bush both introduced rafts of new security legislation as a reaction to terrorism after the September 11, 2001 attacks and the Iraq War.