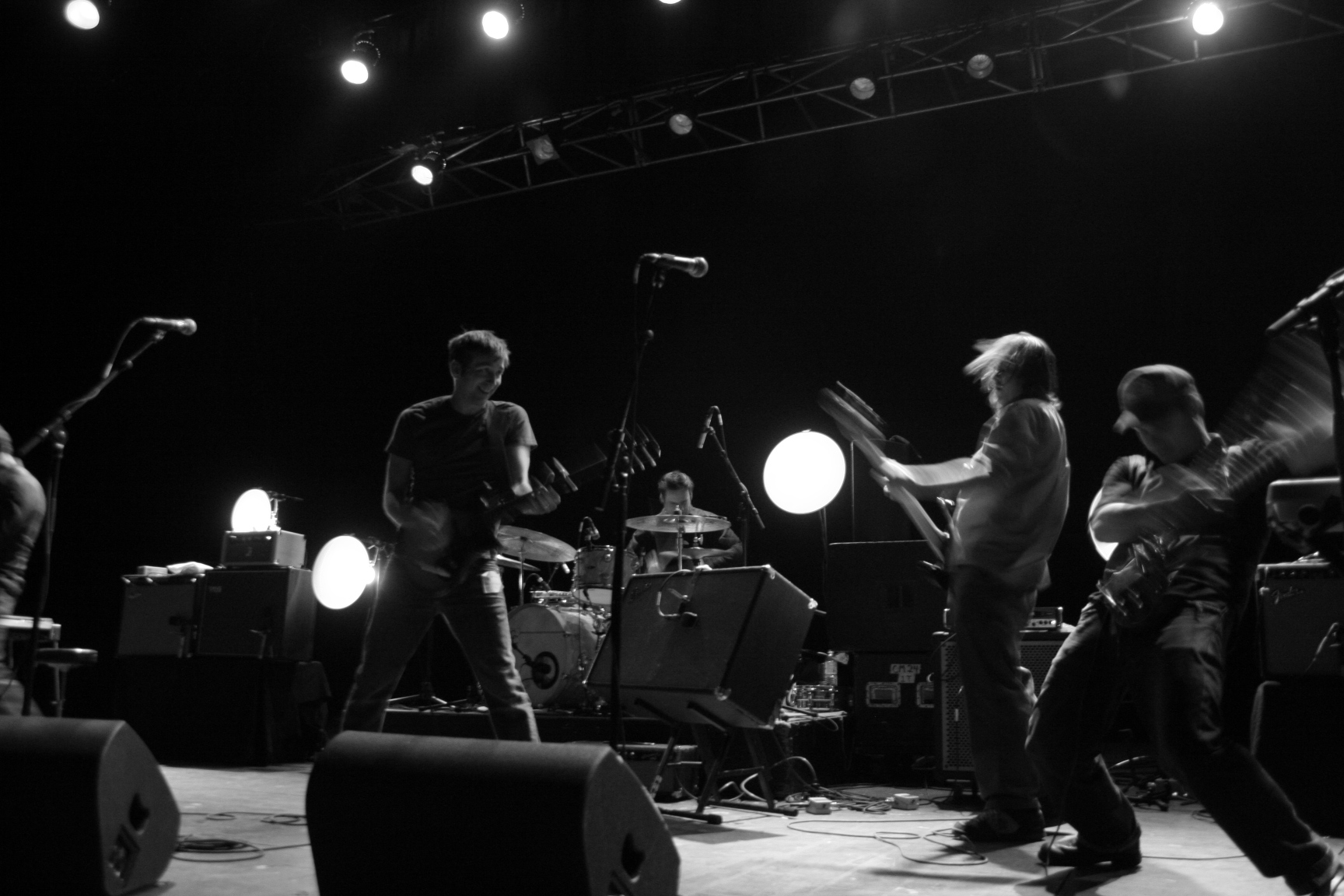 The Weakerthans are an award-winning

The band was formed in 1997 in , by , after he left the punk band to start a publishing company. Samson joined forces with bassist and drummer , and created The Weakerthans as a vehicle for a more melodic and introspective brand of songwriting than that of Propagandhi.

One origin story for the band's name, as quoted in the liner notes of "Fallow", is a line from the 1992 film "": "Go ahead, I'm weaker than you can possibly imagine." [cite web | title = The Weakerthans: biography | publisher = | url = http://www.allmusic.com/cg/amg.dll?p=amg&sql=11:abfqxqljldte~T1| accessdate = 2007-06-12] The band's name may also refer to a Ralph Chaplin quote from "": "What force on Earth can be weaker than the feeble strength of one?" The band alludes to this line in the song "Pamphleteer" from the album "".

Sutton, who played on all three of the band's first albums, left in August 2004 and was replaced by Greg Smith.

In 2005, "Left and Leaving" was named one of the ten best Canadian albums of all time in "Chart" magazine's reader poll.

"" was released on , in North America by Epitaph and . The band released a video for "Civil Twilight", which consisted of a single, unbroken camera shot of the band on a city bus.

Epitaph also re-released the Weakerthans' first two albums, "Fallow" and "Left and Leaving", in Canada on , .

"Reunion Tour" debuted at #22 on the chart for Canada in its first week of release, and at #4 on the alternative/modern rock chart.

MacKinnon and Poirier also have their own band, , and were previously associated with the bands and Hummer. Both Bryson and Fellows are solo artists in addition to touring with The Weakerthans.

*Samson frequently collaborates with his wife, .
*Tait has recorded and performed with .
*Tait, Samson, and Fellows collaborated with poet and filmmaker on his multimedia project "".
*Carroll appeared on ' "Draw a Distance. Draw a Border."
*In 2006, all of the Weakerthans except Samson performed on 's second solo album, "".
*In 2000, the "" released a spoken word album by Catherine Hunter that included a bonus track featuring the Weakerthans doing backing instrumentation while Hunter read her poem "Rush Hour".