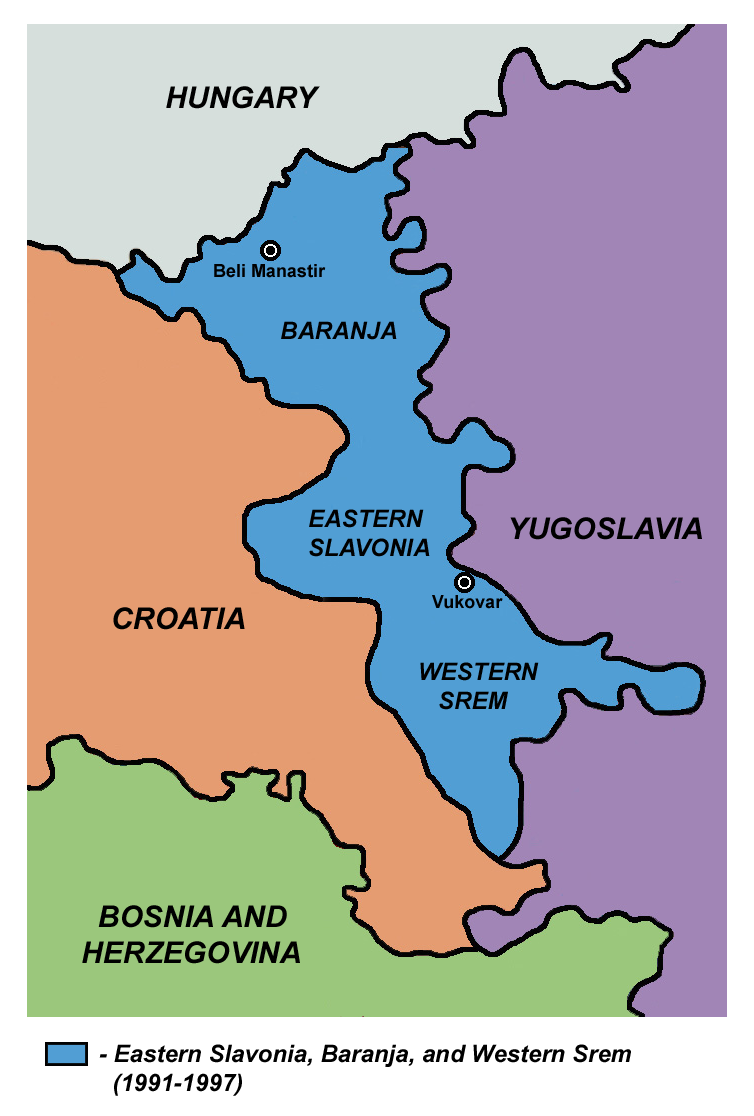 Like the SAO of Krajina it was developed by the Serbian National Council, but was the one representing Eastern Slavonia, Baranja and Western Srem. It was created in response to and declaring independence on June 25, 1991. The SAO was declared on June 25, and on June 26 its first president was declared to be .

The region was part of the between and . It later went on to be under Administration under (in 1995), while it was peacefully reintegrated into (in ). It was sometimes called 'Podunavska Krajina' by Serbs or 'Croatian Podunavlje' by Croats, while the name used for it between 1995 and 1997 was 'Srem-Baranja Oblast'.

Main cities in the area were and . Other important places included , , , , etc.

During the existence of the , the region was divided into five municipalities: (in ), and (in eastern ), and and (in western Srem).