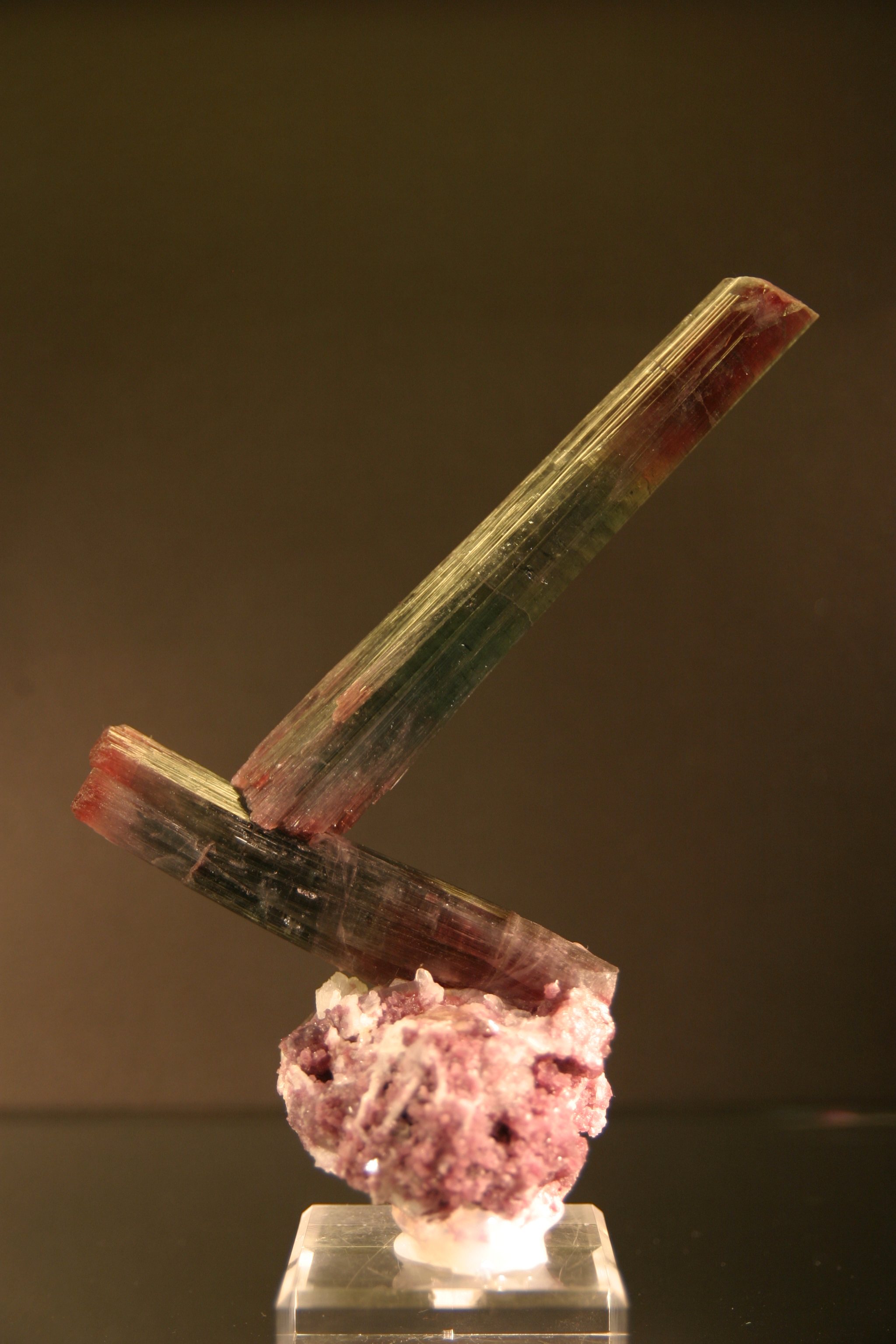 Elbaite, a , , boro-silicate, is a species belonging to the group. Elbaite forms three series, with , with , and with . Due to these series specimens with the ideal end-member formula are not found occurring natually.

As a , elbaite is reckoned to be one of the most desirable of the tourmaline group because of the variety and depth of its colours and quality of the crystals. Originally discovered on the Island of , Italy in 1913 it has since been found in many parts of the world. In 1994 a major locality was discovered in Canada, at in the .