Arctic Circle
This article is about one of the five major circles of latitude. For other uses, see Arctic Circle (disambiguation). 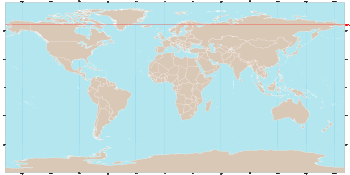 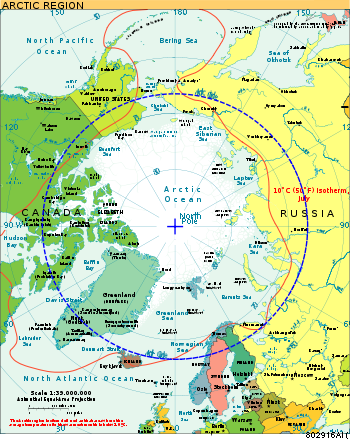 The region north of this circle is known as the Arctic, and the zone just to the south is called the Northern Temperate Zone. The equivalent polar circle in the Southern Hemisphere is called the Antarctic Circle.

In fact, because of atmospheric refraction and because the sun appears as a disk and not a point, part of the midnight sun may be seen on the night of the northern summer solstice up to about 50′ (90 km (56 mi)) south of the Arctic Circle; similarly, on the day of the northern winter solstice, part of the sun may be seen up to about 50′ north of the Arctic Circle. That is true at sea level; those limits increase with elevation above sea level although in mountainous regions, there is often no direct view of the true horizon.

The position of the Arctic Circle is not fixed, but directly depends on the Earth's axial tilt, which fluctuates within a margin of 2° over a 40,000 year period,[2] notably due to tidal forces resulting from the orbit of the Moon. The Arctic Circle is currently drifting northwards at a speed of about 15 m (49 ft) per year, see Circle of latitude for more information.

Starting at the Prime Meridian and heading eastwards, the Arctic Circle passes through: