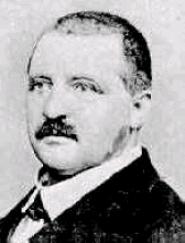 In 1873, Bruckner sent both his Second and Third symphonies to Wagner, asking him to pick one he preferred. The next day, Bruckner visited Wagner to ask him his choice, but the two drank so much together that upon arriving home Bruckner realized that he had forgotten which one Wagner had chosen. He wrote a letter back to Wagner saying "Symphony in D minor, where the trumpet begins the theme?". Wagner scribbled back "Yes! Best wishes! Richard Wagner." Ever since then, Wagner referred to Bruckner as "Bruckner the trumpet" and the two became firm friends. In the dedication, Bruckner referred to Wagner as "the unreachable world-famous noble master of poetry and music".

The premiere of this Symphony was given in Vienna in , with Bruckner himself conducting. The concert was a complete disaster: although a decent choral conductor, Bruckner was a barely competent orchestral director: the Viennese audience, which was not sympathetic to his work to begin with, gradually left the hall as the music played. [Korstvedt, Benjamin M. (2000). "Bruckner: Symphony No. 8". Cambridge University Press, p. 65 - 66] Even the orchestra fled at the end, leaving Bruckner alone with a few supporters, including , who with Rudolf Krzyzanowski prepared a piano duet version of the work.

Stunned by this debacle, Bruckner made several revisions of his work, leaving out significant amounts of music. The original 1873 score was not published until 1977.

Despite being very critical of this Symphony, Robert Simpson quoted a passage from the first movement, F, in his own Symphony No. 9. Simpson later modified his critical view (expressed in the 1966 edition of his "The Essence of Bruckner") after encountering the 1873 version, which he described in a programme note for the Royal Philharmonic Society in 1987 as '...a great work - not perfect by any means but possessing a majestic momentum the later revisions altogether destroyed.'

Symphony No. 3 was a favorite of conductor .

The symphony requires an instrumentation of one pair each s, s, s, s, with four horns, three s, three s, and strings.

The 1873 version was the version that Bruckner sent to Wagner for his approval. It is available in an edition by (published 1977), which is based on Wagner's fair copy.

The 1876 Adagio is available in an edition by Nowak which was published in 1980. The next year Nowak published the 1877 version.

Currently, the 1878 version is only available in an edition by published in 1950.

The first published version of 1890, edited by Rättig, remains controversial because it hasn't been ascertained how much it reflected Bruckner's wishes, and how much it was influenced by Josef and .

The first commercial recording of part of this symphony was made by with the in . It featured only the scherzo and trio.

The oldest complete performance preserved on disc is by with the from .

The first commercial recording of the complete symphony was made in . The recording, from a live concert, was issued by the Allegro-Royale label giving the conductor the pseudonym "Gerd Rubahn". [http://www.abruckner.com/Data/documents/JB_Rubahn_Bruckner_Third_Symphony.pdf] It used the newly-published 1878/Oeser edition.

The 1890 Rättig edition is generally used by the older conductors of the LP era, such as conducting the Bavarian State Opera Orchestra and conducting the .

With the dawn of the CD era, the the 1878 and 1889 versions, as edited by Nowak, were more commonly used, by conductors such as and .