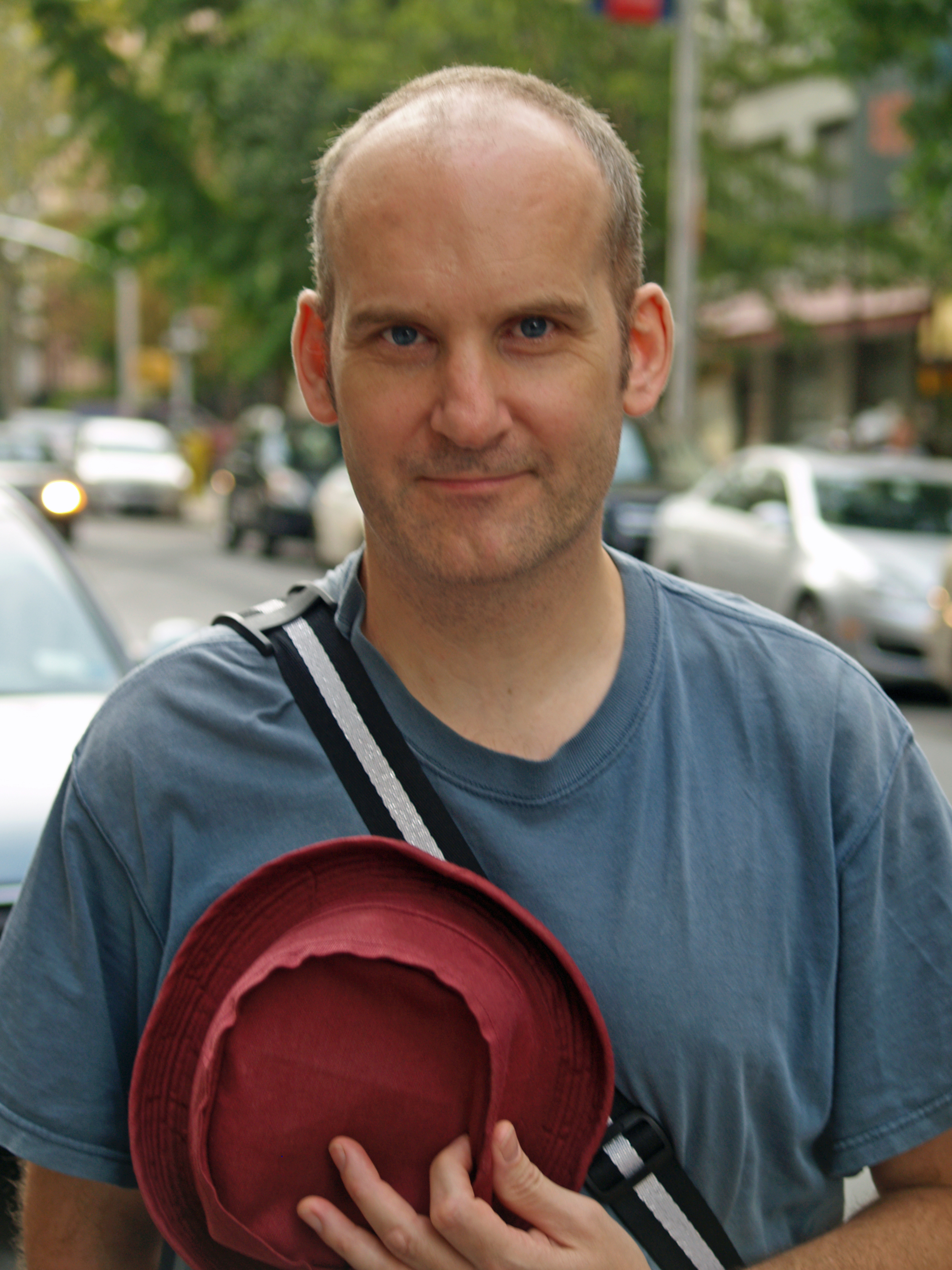 Ian Thomas Garner MacKaye (pronEng|məˈkaɪ), born , ), is an American singer and guitarist. Active since 1979, MacKaye is best known for being the frontman of the influential and bands , Embrace, Fugazi, and . He is a founder and owner of , a -based .

A key figure in the development of and a staunch promoter of an independent-minded, do it yourself ethic, MacKaye also worked as a , and produced releases by , , , , and . Along with his seminal band Minor Threat, he is credited with coining the term , though he did not intend to turn it into a movement.

Ian MacKaye was born in on , and grew up in the neighborhood of Washington D.C. His father was a writer for the "", first as a reporter, then as a specialist; the senior MacKaye remains active with the socially progressive St. Stephen's Episcopal Church. [Azerrad, Michael (2002). "Our Band Could Be Your Life: Scenes from the American Indie Underground 1981–1991". Back Bay Books. ISBN 0-31678-753-1] According to MacKaye's longtime friend, singer , MacKaye's parents "raised their kids in a tolerant, super , open-minded atmosphere." [Azerrad, 2002]

MacKaye listened to many types of music, but was especially fond of mainstream like and Queen before discovering punk music in 1979 [Ian MacKaye speaking at Loyola University; Nov 14, 2006 http://www.loyno.la/ianmackayetalk.mp3] when he saw perform at nearby . He was particularly influenced by the hardcore scene. MacKaye looked up to hardcore bands like and Black Flag and was childhood friends with Henry Garfield (who later changed his name to ).

Ian MacKaye's first band consisted of one performance as The Slinkees in the summer of 1979, performing a song titled "I Drink Milk".

His brother has also been active in several notable bands.

After feeling creatively limited in the Teen Idles, MacKaye was determined to be the frontman and primary lyricist for (1980-1983). MacKaye cited the dynamic performance of British singer in the "Woodstock" motion picture as a major influence on his own animated stage persona. [Azerrad, 2002] The Teen Idles and Minor Threat were modestly successful in and around Washington D.C., but would later be cited as two of the earliest and most influential groups, and as pioneers of the philosophy that rejects alcohol, illicit drug use and casual sex. In his early teens, MacKaye saw the negative effects of drug and alcohol abuse on several close friends and one immediate family member, and he vowed to never use tobacco, drugs or alcohol.

After Minor Threat broke up, MacKaye was active with several relatively short-lived groups, including Embrace (1985-1986) and (1986). (1988), a collaboration between MacKaye and of the industrial band Ministry, featured MacKaye on lead vocals.

In 1987, MacKaye founded Fugazi. Cited as one of the most important post-hardcore groups, Fugazi were active until 2002 and have since been on indefinite hiatus.

Mackaye currently sings and plays baritone guitar in with drummer and vocalist of . The Evens released their self-titled album in early 2005, breaking a three-year silence by MacKaye. Their second album, "Get Evens," was released in November 2006.

In 1982, MacKaye sang lead vocals on one version of a song titled "Asshole". The previously unreleased track was featured on the "" collection released in 2002. Backing vocals and collaborations -- as, for example, with brother Alec MacKaye's former band Ignition -- are numerous. In February 2004, Mackaye produced the recording sessions for 's solo album titled . After working with Mackaye, Frusciante states "Ian is one of the only living people who I really respect and look up to, so it was an honor and a pleasure as well as a great learning experience to hear his perspective." [JohnFrusciante.com http://www.johnfrusciante.com/music/dc_ep.php. Retrieved on , .]

Throughout his music career MacKaye has engineered and produced releases by a number of bands primarily on his Dischord label including , Antelope, , , Lungfish, , , , , , and others.

In 1980, MacKaye co-founded with Jeff Nelson. The label was originally meant only as a means for distributing the 7 inch EP, but over the years it became a very well-established independent record label, as well as a source for a variety of different area artists. Today more than 150 titles have been released by Dischord.

MacKaye refuses to advertise in mainstream or , has rarely performed at events where admission was more than $5-$10, and consistently promotes and causes alongside his music. He regularly attendes left-wing organized s and events, working closely with the collective in Washington D.C. [Scott Simon "A Quieter Course for Punk Pioneer Ian MacKaye"; NPR Weekend Edition Saturday, April 30, 2005 http://www.npr.org/templates/story/story.php?storyId=4625784]

MacKaye has also been known for his stance against concert violence and his confrontations with crowd surfers, and people who start fights at shows. This is especially true of his days with . When people became belligerent or violent at a Fugazi show, the band would stop playing (sometimes right in the middle of a song) and MacKaye would tell them to stop. If those people continued their behavior, he would give them their money back and kick them out. [Kellman, Andy. "Fugazi biography"; Allmusic.com http://www.allmusic.com/cg/amg.dll?p=amg&sql=11:wifqxqe5ldke~T1] Because of this, MacKaye gained a reputation as a killjoy with some fans, and a misconception that he was against all dancing surfaced. MacKaye has said on numerous occasions that he has no problem with dancing but he simply does not feel comfortable letting people get hurt at his shows, and he wants to make sure everyone can have a good time.

MacKaye recently assisted in the investigation of the when he helped clean up a field recording made by a Kent State student who recorded audio of the incident on a reel-to-reel tape machine from his dormitory windowsill. According to Alan Canfora, a Kent State student who was injured in the wrist that day by a gunshot, a voice can be heard on the tape yelling, "Right here! Get Set! Point! Fire!" before there is the 13-second volley of gunfire. ["Ian MacKaye helping with Kent State shooting investigation"; PunkNews.org, May 8, 2007 http://www.punknews.org/article/23611]

The song "Straight Edge" was written by MacKaye for his band, , and was released in 1981 on Minor Threat's self-titled EP. It was a song that described his personal life free of the "drugs" and the self-destructive idea of "sex as a conquest" which served as a part of the "sex, drugs and rock'n roll" banner originating as a in the 1960s - smoking, , and - to what wasn't socially tolerated previously. It began to influence youth culture as Minor Threat gained popularity through numerous live shows and through sales of the song on their EP. Although to MacKaye the song did not represent a philosophy or a movement, over time people adopted the philosophy of the song and many bands began to label themselves straight edge, founding the movement. Although straight edge is not explicitly supportive of , MacKaye has stated that he is a vegetarian because he feels it's a logical progression from his view of straight edge. [ [http://www.ivu.org/people/music/mccaye.html "Famous Vegetarians - Ian MacKaye."] International Vegetarian Union. Last accessed , .]

Although "Straight Edge" gets the most attention, MacKaye wrote other songs with Minor Threat describing his clean lifestyle as well, most notably "Out of Step (With the World)," in which he said "I don't smoke. I don't drink. I don't fuck. At least I can fucking think." "In My Eyes" is also at least partially about his philosophies, with lines such as "You tell me it calms your nerves; you just think it looks cool."

In the fall of 2007, MacKaye was the subject of a death hoax. The false claims were posted on sites such as MySpace and Wikipedia before he was confirmed to be alive and well. [ [http://dcist.com/2007/10/03/steady_diet_of.php "Regarding MacKaye, a steady diet of misinformation."] "". , .]

Mackaye was in the documentary films, "American Hardcore", "", "Another State of Mind", "Instrument", "","", "","Punk's Not Dead" , "" and the documentary, "I Need That Record," "The Shield Around the K".Mackaye is also featured in professional skateboarder 's film Drive.