:"This article refers to a music recording. For the more general use of this term, see ." 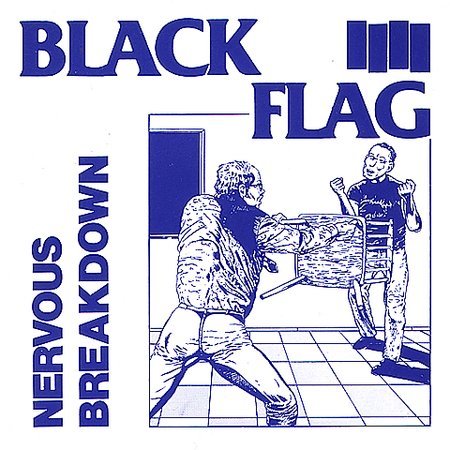 "Nervous Breakdown" was the first 7" EP by the American band Black Flag. It was released in 1978 and was the inaugural release on .

The recording was financed by with proceeds he had earned from his mail-order ham radio electronics business, Solid State Tuners (SST)

The recording was originally supposed to come out on , but the band felt that the label was taking too long to put the record out. Eventually the band took the master rights back, and Ginn put some more earnings from his ham radio business, located a pressing plant in the phone book, and co-founded with Black Flag bassist , borrowing the label's name from his business.

It is commonly misconstrued that Spot was the producer and engineer of record for "Nervous Breakdown". In his sleeve notes for the 1982 outtakes anthology "", Spot pointed out that as an apprentice engineer, his involvement in the sessions was limited to setting up microphones during the tracking sessions, and doing rough mixes for the band to hear.

The initial pressing of "Nervous Breakdown" was 300 copies. Black Flag were able to use the record as "a badge of legitimacy" (according to Dukowski) to begin getting live gigs in the Los Angeles area.

The Band Rise Against have covered "Nervous Breakdown" and "Fix Me" on the EP.

All songs written by , except where noted.