I Wanna Dance with Somebody (Who Loves Me)

I Wanna Dance with Somebody (Who Loves Me)

Infobox Single
Name = I Wanna Dance with Somebody (Who Loves Me) 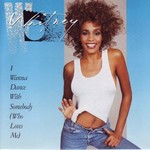 "I Wanna Dance with Somebody (Who Loves Me)" was released in May 1987 and is the first single from 's second studio album "Whitney". It was written by George Merrill and of the band Boy Meets Girl, who had previously written the number-one hit "", also for Houston, and produced by . The original arrangement was more of a country tune but was transformed to make it a dance song.

The song reached number one on the on , (the same day that Houston's album "Whitney" debuted at number one, the first time ever by a female artist), and remained there for two weeks. It remained in the top forty of the Hot 100 for fourteen weeks, and was ranked fourth on the Year-End Chart.

Internationally, Houston made the song a global smash, becoming her biggest hit at that point. It sold over three million copies internationally, setting its sales record at over 4.2 million copies, and reached number one in over a dozen other countries, including the , , , and , propelling the album "Whitney" to number one in all of those countries as well. It reached #1 on the United World Chart and became the most successful single of 1987. A ed version of the song, released nine years later in 1996, also became successful in its own right, reaching number eleven on the chart.

The original version of "I Wanna Dance with Somebody," as recorded by the songwriters George Merrill and Shannon Rubicam, was released on the multi-artist album "" on Cypress Records

The video for "I Wanna Dance with Somebody" (directed by Brian Grant) is one of Houston's best recognized music videos. In the intro of this video, Houston just finishes a performanc onstage. She walks backstage, and the scene is intercut with more vivid, colorful images of her. The song then explodes into its beginning, with a myriad of locations and various outfits by Houston, as dancers trying to impress her as she dances around, just having a good time.

*Shortly after the songs release in 1987, (later to become ) sampled extensively from the song for their composition "". Houston never officially joined The JAMs.
*In summer 2006, R&B artist and collaborated and released a song for the FIFA 2006 World Cup soundtrack. The song entitled 'Dance' featured a sample of 'I Wanna Dance With Somebody'.
*In a live concert from former front man David Byrne performed his own "sincere" version. He also performed it for his "" album.
* performed the song [http://www.youtube.com/watch?v=zP1B79Uwrfs live at Fopp London]
* The have released this track on their new Album as a bonus track for iTunes
* covered this single for her new cover EP, "Degree Girl: OMG! Jams" for her new campaign.
*German group Royal Gigolos used samples of this and 's "" to create their 2008 single "Girls Just Wanna Dance".
* ( UK 2008 finalist) covered the song in the first live show.

The song is played in a scene of the movie "".

The version of the song was used in a commerciel for