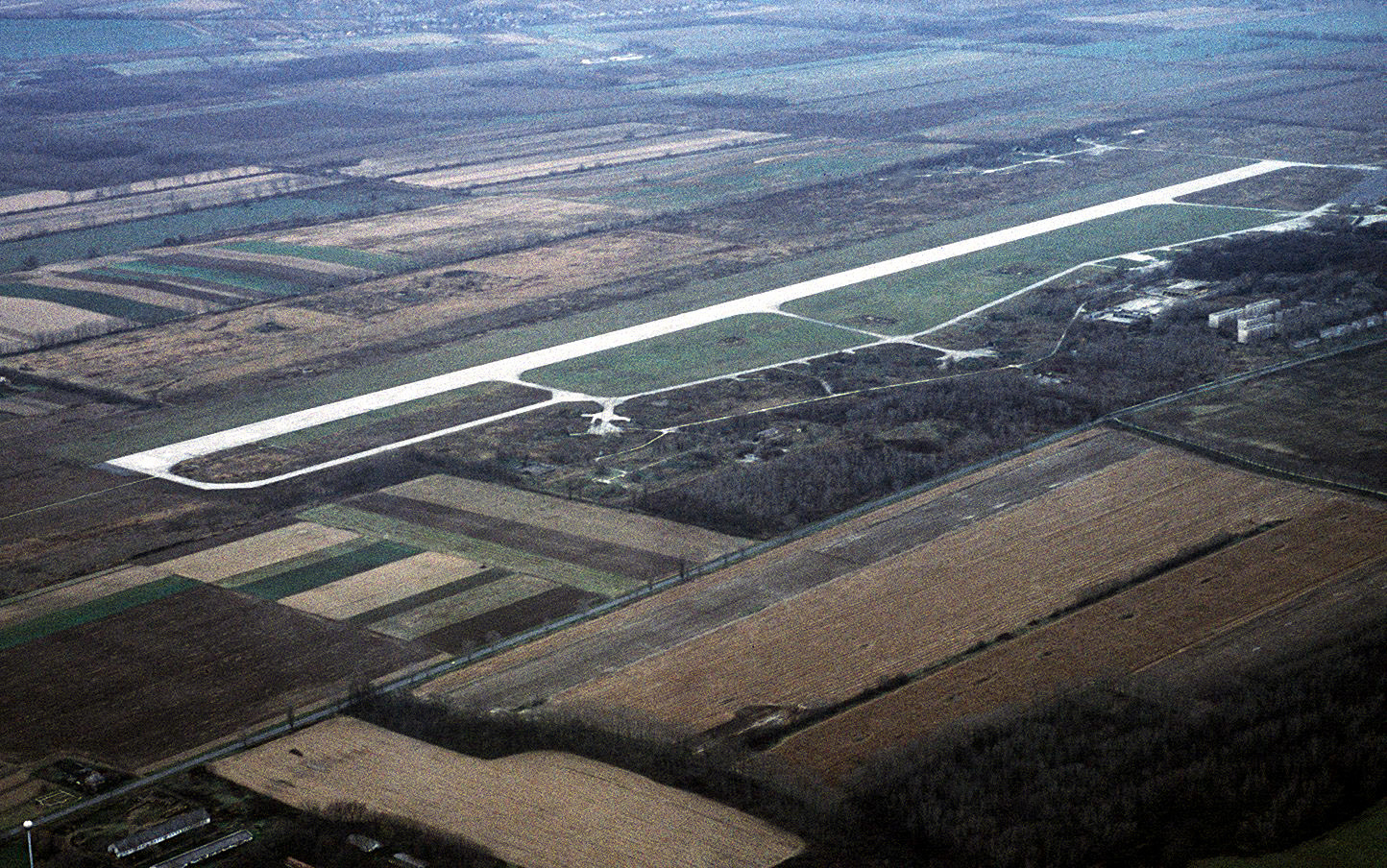 Sármellék International Airport (Hungarian: "Sármellék Nemzetközi Repülőtér") airport codes|SOB|LHSM, also known as FlyBalaton Airport, is an international airport in located west of near the village of , Zala county and (coord|46|41|11|N|17|9|33|E|). Its importance is due to the proximity of Lake , Hungary's most important holiday resort and the thermal spas of Hévíz and .

The airport is owned by the local governments of Sármellék and since August 2002, operated by an Irish-Hungarian investment group, Cape Clear Aviation Ltd., since 2004.

It has operated as a public airport since 1991 and became the second international airport of the country on , (after ). It frequently operates charter flights to , , , and in , and in , in and in .