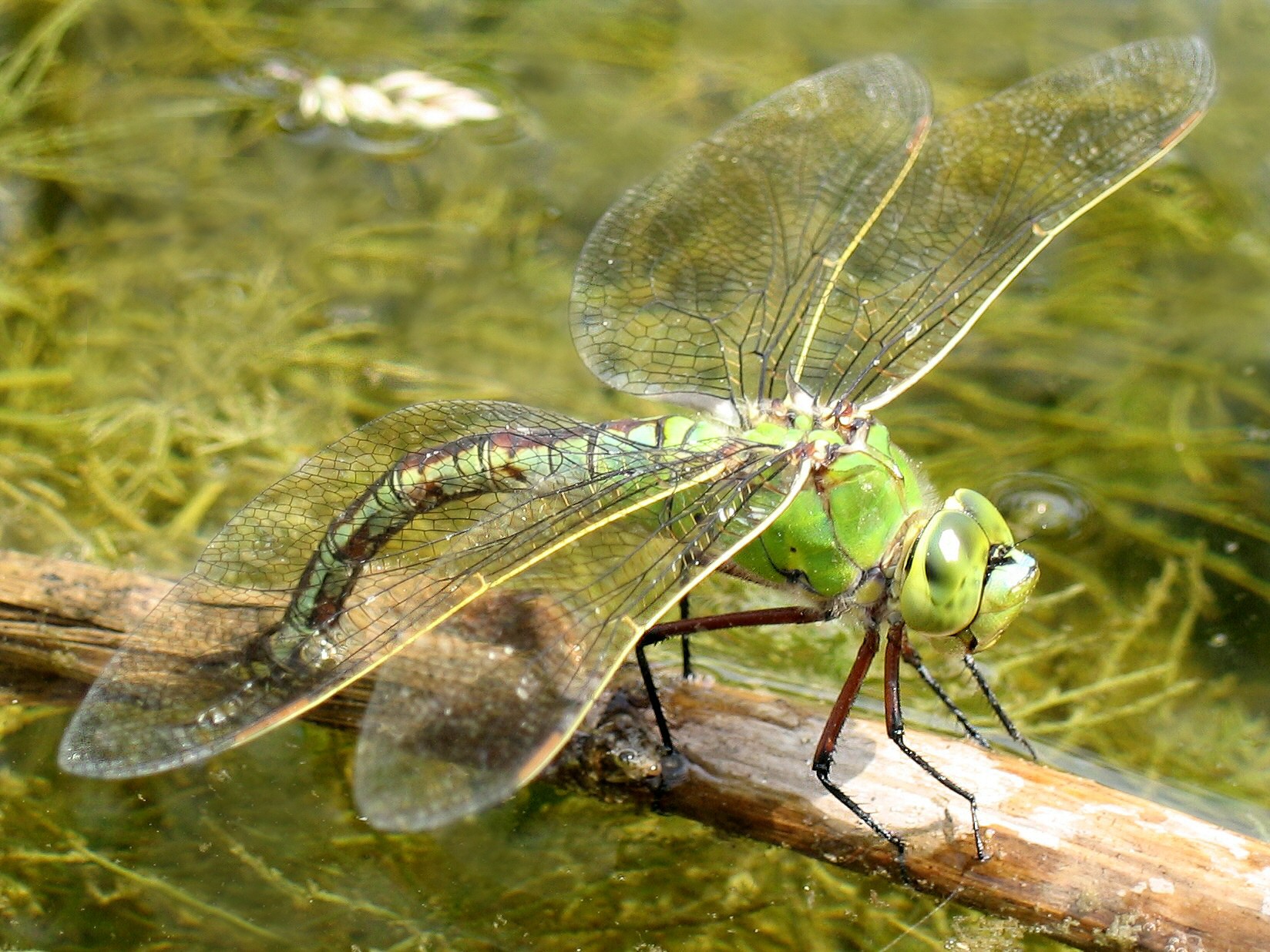 Males have a sky blue abdomen marked with a diagnostic black dorsal stripe and an apple green thorax. Females have a green thorax and abdomen. The male is highly territorial, and difficult to approach. The species lives by larger ponds, gravel pits, and slow rivers.

This powerful is one of the largest species in . They frequently fly high up into the sky in search of prey, which includes to s, small prey is eaten on the wing. The females lay the eggs into plants such as pondweed, and always lay alone.