The Colleges of St Omer, Bruges and Liège were successive expatriate institutions for the Catholic education of English students and were run by the Jesuits.

Initially founded in 1593 by Father Robert Parsons SJ as the College of Saint-Omer in Artois, France (then part of the Spanish Netherlands),[1] the school was forced to relocate twice due to the suppression of the Jesuit order, first to Bruges in 1762 and then Liège in 1773, before migrating a third and final time to Stonyhurst in England where it became Stonyhurst College in 1794.[1]

During the reign of Elizabeth I religious education for Catholics was subject to penal legislation in England. The English Catholic church had created several colleges in continental Europe to make up for this, at Douai, Rome, and Valladolid, but these primarily addressed the training of priests. Especially the English College, Douai was associated with the faculty of theology of the University of Douai. Father Robert Parsons (1546–1610), had been instrumental in founding the English College, Valladolid, but recognized a need for a school for laymen. Saint-Omer was chosen as a site conveniently close to England (it is 24 miles from Calais), and ruled by Spain as part of Flanders. It was also near the University of Douai, wherein scholars have been editing and publishing the Douay-Rheims Bible .

The college was originally founded in 1593 as the English Jesuit College at St Omer in Flanders (although an alternative tradition dates the founding to 1592).[2] In 1599 it gained the direct patronage of King Philip. After an initial period of growth and prosperity, the unrest caused by the English Civil War caused the number of students to drop as low as 24 in 1645. As stability returned to the government, the school's effectiveness was also restored.

St. Omer and much of the province of Artois were formally ceded back to France in 1658. But the Catholic French monarchy was as friendly to the school as the Spanish crown had been before. As the eighteenth century began, two fires ravaged the town and the university. But each time it was rebuilt, and even expanded. Buildings from this second reconstruction in the 1720s remained in use into the twentieth century, serving as a military hospital in World War I.

The college enjoyed its greatest period of prosperity, which extended from around 1720 to 1762. During a period when formal sworn affiliation with the Church of England was required to attend Oxford and Cambridge, it provided advanced education for several generations of English Catholics. Since the colleges founded in the American colonies were also church affiliated, Catholic families there sent young men to St. Omer for education. 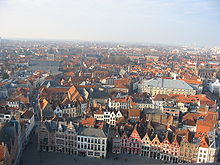 In 1762, the Jesuits were formally expelled from France, beginning the college's decline and eventual end. The expulsion split the college. The Jesuit faculty and many of the students fled to Belgium, moving first to Bruges, and then operating under the protection of the Bishop of Liège from 1773. King Louis XV continued the college at St. Omer, under the direction of secular clergy. When the Jesuit order was suppressed everywhere in 1773, this dual system ended, but the college never regained its prominence.

In 1793, the French Revolution and the United Kingdom declaration of war to France ended the Saint Omer college. The English faculty and students were imprisoned until February 1795. English penal laws and related discrimination had changed regarding Catholic education, so when released, some of the staff and most of the then about 100 students went to England, in order to avoid war on the European continent. A former student, Thomas Weld, donated a mansion and grounds at Stonyhurst, in Lancashire. The modern school, Stonyhurst College continues to this day as a direct lineal descendant of the College of St. Omer. The Lycée Alexandre Ribot now stands on the site of the former college in Saint Omer.

Below is a list of those who led the College from its foundation until the move to England.[5] Marmaduke Stone, the last President of Liège was also the first President of Stonyhurst College and re-established the Society of Jesus in Britain in 1803 at Stonyhurst. 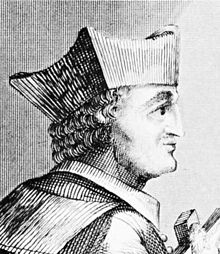