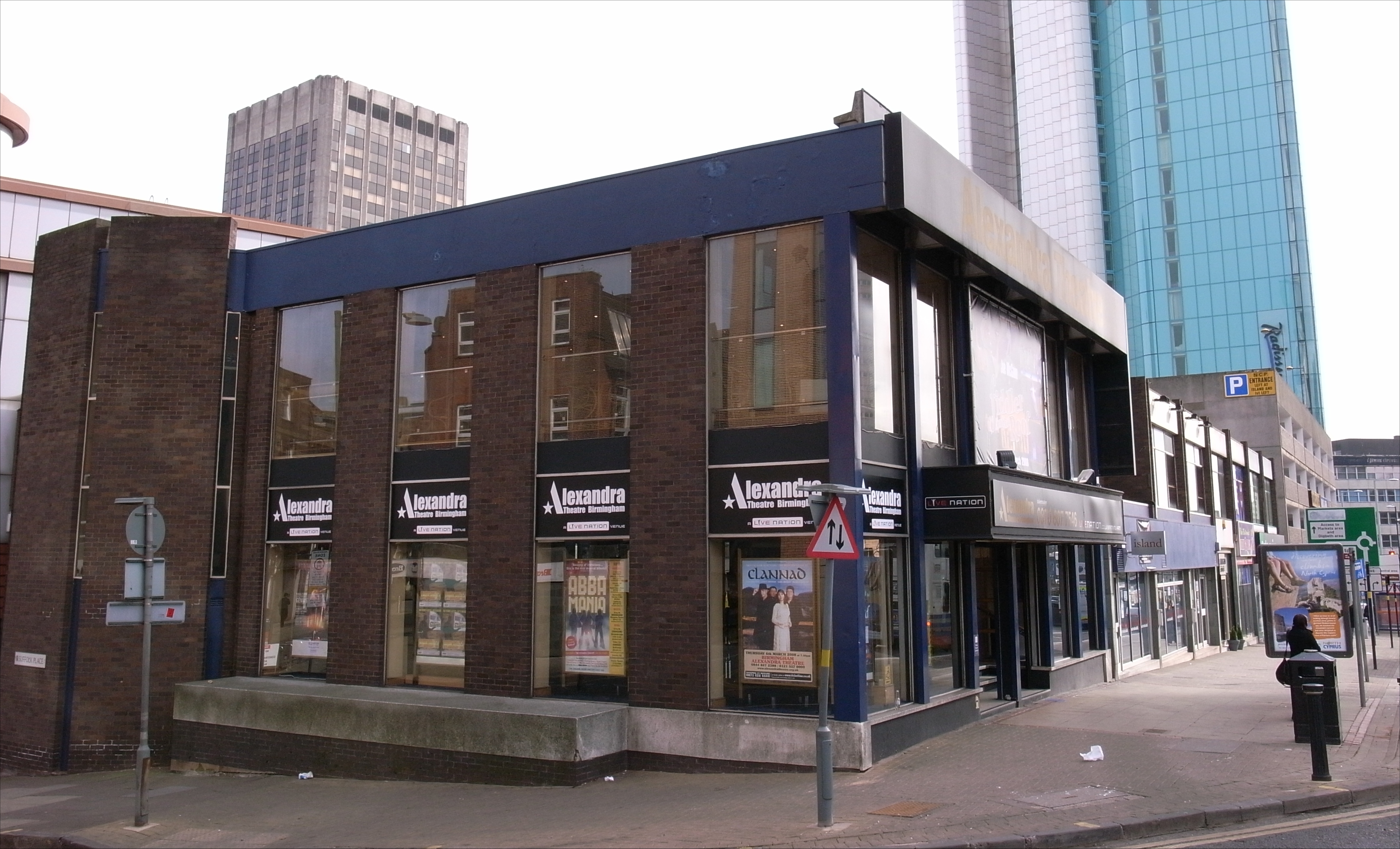 Construction of the theatre commenced in 1900 and was completed in 1901. The architects were Owen & Ward.

Although the main entrance was originally situated on John Bright Street, a new main entrance block was built on Suffolk Street between 1967-1969 to a design by the John Madin Design Group, with a wide bridge linking the two - from the inside, the appearance is that of a single building.

The theatre currently seats 1,347 and hosts a busy programme of touring , West End shows and stand-up comedy. [cite web |url=http://www.bbc.co.uk/birmingham/stage/venues/a_f/alex.shtml |title=The Alexandra Theatre |publisher=BBC Birmingham |accessdate=2008-04-05] It was the home of the between 1990 and 1997.

died of a in his dressing room before a performance of "Home at Seven" on , aged 66.