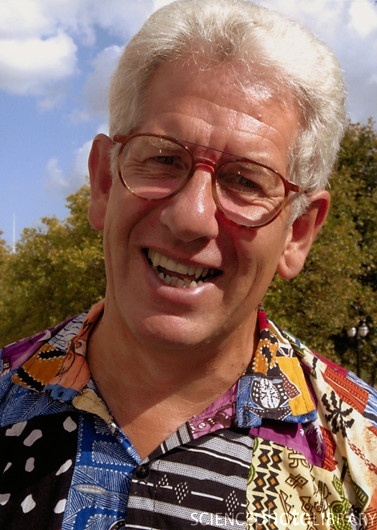 Dr. Adam John Hart-Davis (born 4 July 1943) is an English scientist, , , and broadcaster, well-known in the UK for presenting the BBC "" and "", the latter spawning several spin-off series involving the Victorians, the Tudors, the Stuarts, and the Ancients. He was also a co-presenter of "", and presented "". Currently he presents "" and "Just Another Day" on the .

He was born and raised in , the youngest child of the Sir Rupert Hart-Davis [ His father had previously been married to the actress .] (1907&ndash;1999) and his second wife Catherine Comfort Borden-Turner.
He attended before reading at Merton College, Oxford. He later took a DPhil in at the before spending three years as a post-doctoral scholar at the in . Subsequently, he worked at the , editing science texts and manuals.
He was married (1965&ndash;1995) to Adrienne Alpin, with whom he had two sons and now lives with Dr. Susan Blackmore and her family in .
His siblings are the and Bridget, the dowager Lady Silsoe.

Hart-Davis's work in broadcasting began in 1977 when he joined (YTV) as a researcher, working on material for , , as well as "".

In 1985 he was promoted to production work, producing the Fred Harris-fronted TV show "Me & My Micro" and the -fronted "Fun & Games", amongst other things. He also devised and produced the school science show "Scientific Eye".

In the early 1990s Hart-Davis moved in front of the camera to present two series for YTV: "On The Edge" and "". The latter programme involved him cycling around the North of England in his trademark fluorescent pink and yellow cycling clothes, seeking out places associated with the great innovators of science and technology. The bicycles were his own: he is a keen cyclist, owning an early Burrows as well as a mountain bike fitted with an early front monoblade. This series was subsequently transferred to BBC2, where its scope became national, a different region being the subject of each episode. "Big Questions" [http://www.eagletv.co.uk/home/big_questions.htm] , a five part Channel 4 science series for young people that he presented received a nomination in 2002.

Since then, he has essentially become the face of the BBC's output on science and the history of science, but at the same time is heavily critical of the standard of science output on British television (including, to a certain extent, his own programmes), which he sees as dumbed down.

A new television series for the called "'The Cosmos - A Beginner's Guide" was broadcast on 7 August 2007 by BBC Two, and explored the latest ideas and experiments in . It was accompanied by a book of the same name.

He also appeared in advertisements for with the catchphrase "tax doesn't have to be taxing". Following a statement from Mr Hart-Davis, in which he mentions the level of complexities within the system, his contract with has ended.

Adam has a passion for raising awareness of simple benefits that science may bring to the quality of living, particularly in the developing world. One such innovation is the design of smoke-hoods from galvanized iron or mud in order to prevent the deadly effects of smoke inhalation from cooking fires inside houses in the developing world [ [http://practicalaction.org/?id=smoke_ahd Smoke and its impact on people's lives] Practical Action] .

He has written many books, including a history of the , entitled "Thunder, Flush and Thomas Crapper" ( being commonly, though wrongly, believed to be one of the pioneers of the toilet's development), and "Taking The Piss" (A Potted History of Pee).
"Published works include:"