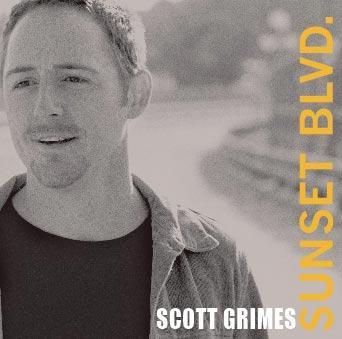 "Sunset Blvd" is a song by , which appears on his album, "". The single was written by and and produced by Tom Fletcher. The song climbed into the Top 20 of Billboard’s Adult Contemporary chart in April 2005. The song remained in the Top 20 for 10 weeks without climbing higher than #18. "Sunset Blvd" tells the story of a young man who has dreams of making it big on Hollywood’s most famous street. The song has become an anthem to people in search of a dream.

Grimes and Harris have stated in interviews that they wrote the song in 20 minutes in early 1999.

The song was featured in a 2007 episode of "" on the Fox Network. Grimes does the voice for the teen-aged Steve Smith. The episode was the "".

The music video of "Sunset Blvd", directed by Bryan Pitcher. It stars and Grimes and features many of Grimes’ family or friends. The song's co-writer, Dave Harris, is seen as a dock worker in the opening sequences to the video. also appears in the video as Brian's boss.