Across the Sea of Suns (album)

Across the Sea of Suns (album) 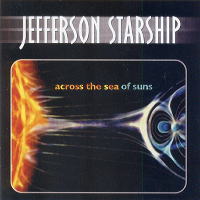 "Across the Sea of Suns" is 's second live album. The album was produced by using recordings from four different live venues: in ; The IMAC at ; New Park Entertaiment in ; and The Keswick Theatre in . The album had further studio production at American Recording in . Most of the tracks used for the final album were from The Bottom Line, and none of the tracks recorded in Philadelphia were used. The album was released as a double CD. provided liner notes, writing her own thoughts about sixteen of the songs included.