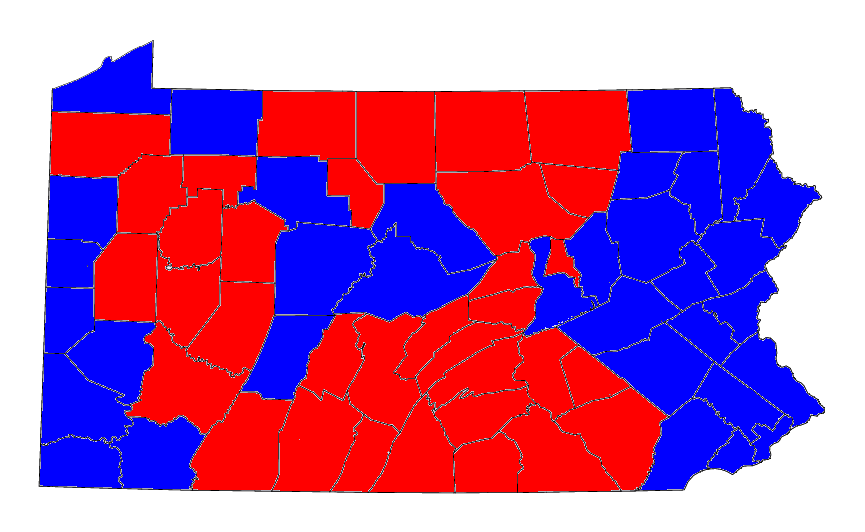 map_size = 200px
map_caption = Election results by county
title = Governor
before_election =
before_party = Democratic Party (United States)
after_election =
after_party = Democratic Party (United States)The Pennsylvania gubernatorial election of 2006 was held on , , and included the races for the and of . The winning candidates will serve from , to .

The incumbent Governor, (D), was running for re-election. Though some had speculated that Rendell would choose another running mate, [ [http://www.postgazette.com/pg/05122/497704.stm Knoll fights talk of replacement] ] Pennsylvania's first female Lieutenant Governor, was also running for re-election. Rendell and Knoll had the advantage of incumbency, important in the of Pennsylvania. Rendell's approval rating as of May 2006 was 62%. [ [http://www.surveyusa.com/50State2006/50StateGov060518State.htm Survey USA] ]

Challenging Rendell was former Hall of Famer, (R). His running mate was businessman , a member and former Chairman of the Montgomery County Board of Commissioners and the brother of MSNBC's .

Although the state has voted Democratic for 8 of the past 12 presidential elections, its Congressional delegation has been majority Republican for years. The counties of Philadelphia and Allegheny are the Democratic strongholds (Philadelphia: 75% Democrat, Allegheny: 60% Democrat), while the central part of the state is where the Republican Party fares best. The statewide party registration is: [ [http://www.dos.state.pa.us/bcel/lib/bcel/voter_registration/2005_municipal_election_-_unofficial.pdf 2005 Municipal Election] ]

Four candidates where campaigning for governor [ [http://www.politics1.com/pa.htm Politics1: Pennsylvania] ] , but only two went on to appear on the ballot in November. On August 11, Rogers withdrew her nominating papers, following a challenge by Pennsylvania Democrats, who alleged more than 69,000 signatures on the petitions were fake names, unregistered voters or illegible. [ [http://www.dailynews.com/news/ci_4170340 Green Party candidates give up] ] The challenge follows Republican Senator Rick Santorum's drive to collect signatures to put Green candidate Carl Romanelli on the ballot for the Senate. A challenge by popular Democratic candidate Bob Casey threatens to unseat Santorum. [ [http://www.boston.com/news/nation/articles/2006/08/11/pa_green_party_candidates_withdraw/?rss_id=Boston.com+%2F+News+%2F+Nation Green Party candidate withdraws] ]

* Democrat: [ [http://www.rendellforgovernor.com Ed Rendell’s Campaign Website] ] -- incumbent . Previously, he was the Chairman of the and .

Not running or no longer running

*Jim Panyard -- the former president of the Pennsylvania Manufacturer's Association withdrew from the race in February 2006. His official statement cited poor fundraising and the lack of significant media attention among his reasons. [ [http://www.panyard4gov.com/news/index.php?fuseAction=story&archives=&ngID=9&nsID=92&PHPSESSID=d0b9d32a31c7d1c64efd1954a93daa1d Panyard site] ]

* -- the of the . Piccola officially entered the race in 2005 but withdrew in January 2006. Early polling of showed that his chances of winning the State Committee endorsement were slim.

* -- a former and the 1986 GOP nominee. He is also the son of former governor . On Scranton fired his campaign manager Jim Seif when he referred to Swann as "the rich white guy in this campaign" on a call-in show. [ [http://www.pittsburghlive.com/x/pittsburghtrib/s_417459.html Scranton fires campaign manager for calling Swann 'rich white guy' - Pittsburgh Tribune-Review ] ] Seif was attempting to portray Swann as the favorite of the GOP political establishment. Scranton withdrew from the race on , , stating that he had found that Lynn Swann was receiving "near unanimous backing of the state and national parties." [ [http://www.pacomeback.com/ PA Comeback site] ] [ [http://www.pittsburghlive.com/x/pittsburghtrib/s_421634.html Scranton drops out of race for governor - Pittsburgh Tribune-Review ] ]

* [ [http://www.russdiamond.org Russ Diamond's Campaign Website] ] (Independent), one of three people declared "people of the year" by the "Philadelphia Inquirer", for his work in exposing the clandestine pay raise the General Assembly voted themselves at 2am just before adjournment in July 2005. His running mate would have been , a former GOP state committeman, conservative activist, and frequent candidate. Diamond ended his campaign due to an inability to meet the petition requirements to get on the ballot as an independent.

*Michael Morrill -- he is a political activist and was the Green Party's nominee for governor in 2002. Had he run as a Democrat, Morrill likely would have attempted to court support from the progressive wing of the Democratic Party by attacking what he perceives as flaws in Governor Rendell's record on labor unions, civil liberties, and poverty alleviation. Morrill announced on February, 13, 2006, that he would not run, citing the "toll" his 2002 race took on him and his family.

Factors in the election

In July 2005, a Zogby Poll showed Rendell with only a 47% to 41% lead over Lynn Swann. Some speculated that controversy over Act 72, proposed Medicaid cuts, and possibly even a legislative pay increase that was signed into law had reduced the Governor’s popularity.Fact|date=February 2007 Also, when compared to other polls, the six percent lead was an outlier. Rendell has led in other recent polls by significantly higher margins.

Following that poll, Rendell’s supporters pointed out that he has raised more money than his opponents, which they felt would help him spread his message. They also pointed out that no Pennsylvania governor had lost re-election since the 1950s, [until the PA Constitutional Convention of 1968, PA governors were limited to one consecutive term—therefore a correct statement would be "no PA governor has lost a bid for re-election since 1970"] and that, as a sitting governor, Rendell had all of the traditional advantages of an incumbent. [ [http://www.fandm.edu/x7706.xml Madonna analysis] ] [ [http://www.fandm.edu/politics.xml Franklin & Marshall College (Terry Madonna) Center for Politics & Public Affairs] ]

Swann hoped to perform strongly in the conservative "T" section of the state (the central and northern regions) and in his native area. On Swann served as master of ceremonies for the Pittsburgh Steelers's victory parade before 250,000 people. [ [http://www.pittsburghlive.com/x/pittsburghtrib/sports/steelers/s_421528.html A quarter-million thanks - Pittsburgh Tribune-Review ] ] Swann canvassed for votes among tailgating voters in before the Steelers game against the Eagles.

At the time, Rendell had relatively low approval ratings outside of his native Southeastern Pennsylvania. Polls in early February showed Swann and Rendell in a statistical tie. [ [http://www.pittsburghlive.com/x/pittsburghtrib/s_422413.html Rendell, Swann in dead heat - Pittsburgh Tribune-Review ] ]

However, Swann's momentum did not survive an effective barrage of advertising from Rendell in early spring and had trouble keeping up with Rendell's effective fundraising. [ [http://www.post-gazette.com/pg/06312/736519-178.stm Rendell cruises to 2nd term as governor ] ] Swann's focus on "reforming" Harrisburg never caught traction, possibly as a result of his vocal support for and , two legislative leaders who were defeated in the May 2006 primary election. [ [http://www.nytimes.com/2006/05/18/us/18repubs.html?_r=1&scp=1&sq=Brightbill&st=nyt&oref=slogin G.O.P. Conservatives Topple Veteran State Lawmakers in Pennsylvania - New York Times ] ]