Franklin G. Reick (born 1930) is an inventor, industrial engineer, and entrepreneur from , who has secured his place at the forefront of technology in the United States and abroad for more than five decades. Reick founded Fluoramics Inc., [ [http://www.fluoramics.com fluoramics.com] ] in 1966, a company in , that has become known for the manufacturing, sales, and distribution of lubricants and sealants. The inventor’s foremost accomplishment is the development of Tufoil [http://www.tufoil.com] , a lubricant for automobile engines and other industrial products. 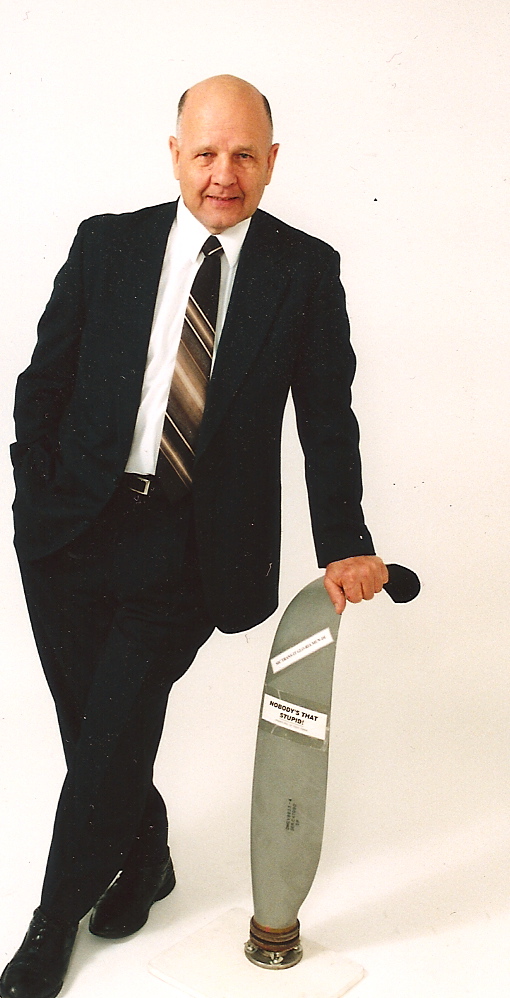 Reick attended , where he obtained a degree in in the early 50s. At the University, he fell under the wing of Dr. Charles Bachman [http://www3.interscience.wiley.com/journal/112762865/abstract?CRETRY=1&SRETRY=0] , a Physics Professor, who saw something in Reick that no one else had discovered yet. Bachman acted as a surrogate father and became a life long friend until his death in his 90's. From there, Reick went on to hold engineering, consultant, and executive positions at companies such as (Cathode Ray Tube Development Engineer), International Telephone and Telegraph Company, and two industrial lubrication companies, Mectrol and Fluoramics Inc. At ITT Reick worked on the 465L Command and Control System,SAC, where he was responsible for Top Secret trouble-shooting of Display Generators. While at ITT Nutley, he focused on an Xband Radar Detector using optically pumped Rubidium Vapor, assisted by a highly skilled tech and friend, Doug Scharp.

Tufoil [http://tufoil.com] ,named, “The World’s Most Efficient Lubricant,” in the , 1996, is the brainchild of this award-winning inventor. It has maintained its global popularity for over 30 years. Reick created this lubricant and multitude of others to serve many industrial products, such as weapons, automobiles and machinery. In addition to his extensive work with lubricants, Reick also has veritable expertise with greases, oxygen compatible thread sealants, Formula-8 and Lox-8 [http://www.fluoramics.com/faqs.shtml] , and toys using hydrophobic surfaces. The oxygen-safe thread sealants, certified by and BAM, are used internationally by the medical and communities as well as on oil rigs.

Reick has received a host of accolades throughout his lifetime, holds over two dozen United States and Foreign and has written an array of scientific papers published in a variety of professional journals. Currently, Reick serves on the board of the Foundation of Free Enterprise [http://www.fffe.org/] . His motto has always been, "If you can't do it better than everyone else, don't waste your time doing it."

*"Nobody's That Stupid,":Bonanza Society Bulletin (He was prompted to writing the article after landing his Bonanza, at Ramapo Valley Airport, with the landing gear retracted.)

*"The Optical Whispering Mode of Polished Cylinders and It's Implication in Laser Technology": published in [http://ao.osa.org/abstract.cfm?uri=ao-4-11-1395] , November 1965.

*"Through a Glass Brightly": published in Electronics, February 5, 1968.

*"Intensity Distribution of Light Leaving a Hemicylinder": published in proceedings of the Symposium on Quasi-Optics, , June 1964.

*Surgical Devices in collaboration with Dr. J. Wilder, Chief of Surgery at the Hospital for Joint Diseases, New York City

Toys made with Al Kolvites and Al Needleman

* The Foundation for Free Enterprise [http://www.fffe.org/]

* "God may forgive your sins, but your nervous system won't," . (Science and Sanity)

* "You can always measure a man by whether he's as good at taking it as he is at dishing it out," Gerald Reick (father).

* "Turn Reick loose on a desert isle and in 6 months he'd be living like a king," Doug Scharp.

* "If you put Warren Buffet on one desert isle and Frank Reick on another for a 6 months... Buffet would starve to death and Reick would be living like a king," said Mike Ebert, at a co-lecture with FGR at Cooper Union.