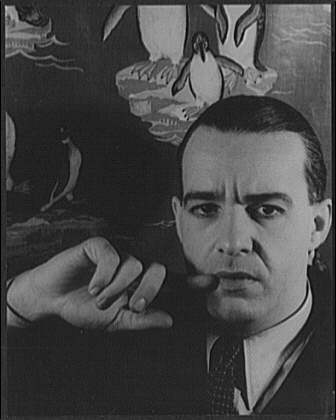 Born in and of Finnish descent, he received two s, an Academy Award nomination for Best Actor for 1931's "" and an for the 's production of ". " He became a star in 1919 as the buffoonish lead in 's "Clarence", but soon distinguished himself in a variety of roles. The roles ranged from the Earl of Essex in 's "", to a song-and-dance man touring the Balkans in 's "", a megalomaniacal tycoon in 's "Meteor" and Jupiter himself in 's "Amphitryon 38." His appearances in classical drama were infrequent, but he scored successes in Shakespeare's "" and Chekhov's "". He was described by director and critic as "universally acclaimed the finest American actor in the generation which followed ". [Harold Clurman. "The Collected Works." Ed. Marjory Loggia and Glenn Young. (New York: Applause Books, 1994): 890.]

Lunt had a very distinctive stage technique; among other traits, in almost every one of his roles he made a point of playing at least one protracted sequence with his back to the audience, conveying his character's emotions with his voice and body rather than his face.

Along with his wife , whom he married on May 26, 1922, in , Lunt was half of the pre-eminent Broadway acting couple of American history, having the on Broadway named in their honor. Celebrated for their sophisticated comic skills, they were known for their ability to swiftly overlap dialogue with such adroitness that every word was understood. Secure in their public image as a happily married couple, they sometimes titillated audiences by playing adulterers, as in 's "Reunion in Vienna", or as part of a "" in 's "". They appeared together in over 24 plays - and most recently on an American . The couple also made one film together ("The Guardsman" 1931), starred in several radio dramas for the in the 1940s and starred in a few television productions in the 1950s and 1960s. They retired in 1966.

, Alfred and Lynn's estate in Genesee Depot, located in , is now a house museum and resource center for theater.

Alfred Lunt is buried next to his wife at the in . They had no children.