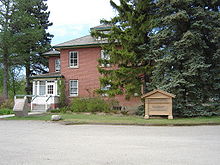 The Forestry Farm Park and Zoo is a forested park and zoo located in Saskatoon, Saskatchewan Canada. The park was originally established as the Dominion Forest Nursery Station [1] and later Sutherland Forest Nursery Station. Between 1913-1966 was responsible for growing and shipping 147 million trees shipped across the northern prairie provinces. [2] The first shipment of trees were sent to farmers in 1916. The park is listed as a national historic site. The nursery grew caragana, ash, maple, elm, and willow. After the nursery closed in 1966 a portion was re-opened as a city park.

The park contains the following areas: 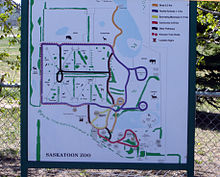 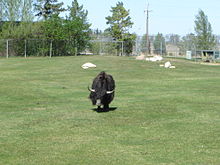 The Zoo is housed within the park. In 1964 the Golden Gate Animal Farm ran into financial difficulties, the city agreed to acquire the animals and equipment; the zoo was then relocated to the park.[9] The Zoo is accredited by the Canadian Association of Zoos and Aquariums and contains over 80 species of animals [2].

The Saskatoon Regional Zoological Society was formed in 1976 to aid in the education program at the zoo and advance the care of the animals[9]. The society later changed its name to the Saskatoon Zoo Society.