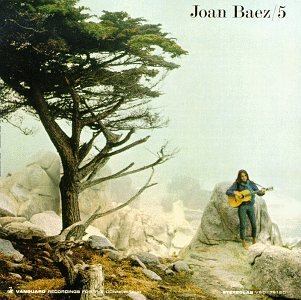 "Joan Baez/5" was a 1964 album by . Unlike her prior albums, Joan Baez/5 was divided evenly between (then) contemporary work, and traditional folk material. Her reading of "There But for Fortune" provided useful exposure to writer , and she also included 's "" and 's "I Still Miss Someone", as well as a number of traditional English and American folk songs. Director included Baez' recording of 's "Birmingham Sunday" (about the in 1963, in which four young African American girls lost their lives) in his 1997 documentary .

"5" is also notable for the simple fact that it is Baez's first work to feature overtly political and material; "There But For Fortune" and "Birmingham Sunday".

Liner notes were written by .